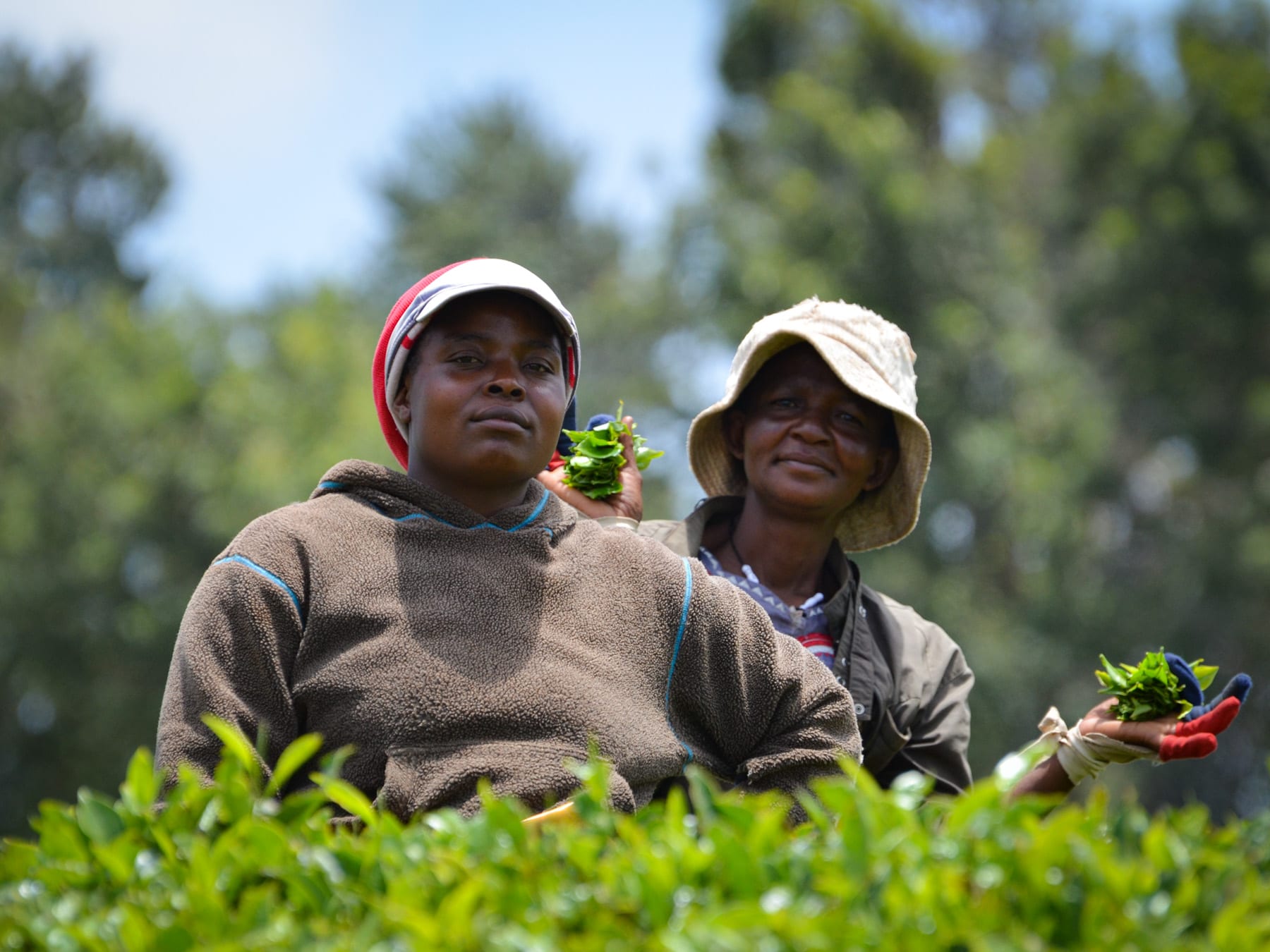 A Quick Glance at Kenya’s Economy and International Trade

This article is the final part of a short mini-series I’ve written over the past four weeks, centered around key facts and insights about Kenya.

I’ve kept this one shorter than the others, as it’s not as closely linked to travel and tourism. However, with that said, there are some important correlations. Firstly, travel and tourism is a major part of Kenya’s economy and I felt it was also interesting to highlight other areas, such as exports, technology and the country’s long term development plans.

Secondly, when you visit Kenya, you will relate to many of the points I talk about. Whether it’s coffee plantations, tea or flower farms, technology hubs or mPesa – which you will see signs for everywhere. There are many opportunities for tourists to visit coffee or tea farms too – this is something that I will write more about in due course! However, in this post about things to do in Nairobi, I’ve made reference to a tea tour and lunch at Kiambethu Tea Farm, which is based in a rural town outside of the capital (see point #92).

Finally, once you’ve read this article, you may start to notice ‘produce of Kenya’ on your flowers or vegetables from the supermarkets or Kenyan coffee in your local coffee shop.

1. Kenya has strong economic growth, not just within Africa but globally

Key sectors of the economy include agriculture, manufacturing, tourism, technology, exports, real estate and services. Agriculture contributes around 30% of GDP, with an estimated 75% of Kenyans earning all or part of their income from the sector. Manufacturing follows at around 10% and tourism contributed almost 9% in 2018, making it a significant component of Kenya’s overall economy.

Tourism contributed to almost 9% of Kenya’s GDP in 2018, making it a significant component of the overall economy. Image by David Clode, Unsplash.com

Despite the positive figures above, it would be amiss of me to not consider that a significant proportion of the 49+ million residents live below the poverty line – universally defined at less that $1.90 per day. This equates to just $57 per month.

In 2018, Kenya was ranked eighth globally and sixth in Africa among countries with the largest number of people living in extreme poverty, with 29% (14.7 million) living below the poverty line. Things appear to have marginally improved as of June 2020, as the data by World Poverty Clock now shows 8 million. The exact figures can be argued over but the fact remains, this is a major area for concern and Kenya is still ‘off track’ from the Sustainable Development Goal (SDG) target.

Kenya’s Vision 2030 agenda aims to transform Kenya into a middle-income country, providing a high quality of life to all its citizens by 2030. The strategy has been broken down into four pillars:

The President, H.E. Uhuru Kenyatta, has outlined the “Big Four” development priority areas for his final term. The Big Four will continue to drive Vision 2030, prioritising the following:

Vision 2030 aims to transform Kenya into a middle-income country, providing a high quality of life to all its citizens by 2030. Image copyright Ayaan Chitty.

Travel and tourism is a major contributor to Kenya’s economy and creates many employment opportunities for Kenyans. It is driven largely by the wealth of natural wonders that the country is able to offer, including

In 2019, the sector benefited from a further 3.8%boost, with Kenya welcoming 2,048,834 foreign visitors and tourism revenues were around $1.6b. This increase came despite the DusitD2 hotel attack in January 2019, which gained international coverage.

Kenya remains sensitive to international travel advisory notices, which have been relaxed in the last few years, contributing toward this boost. Other factors include visits by dignitaries (including former President of the USA, Barrack Obama, former UK Prime Minister,  Theresa May and USA First Lady, Melania Trump), the hosting of international conferences, renewed investor confidence and increased marketing efforts.

While tourism has been significantly affected in 2020 due to COVID-19, this is a problem that the world must face together, rather than anything specific to Kenya.

A tourism promotion video by Kenya Tourism Board – Magical Kenya.

Kenya has over 100 flower farms, with many located in Naivasha. The flower production sector employs over 150,000 workers directly and many more indirectly, contributing around 1% to the country’s GDP. The Netherlands is a primary market but flowers are also exported to other European countries, including the United Kingdom. It is estimated that Kenya supplies one third of all roses sold in Europe.

Fresh vegetables and fruits are also exported around the world, including the UK, the Netherlands, France, the UAE and the USA.

Fresh flowers and roses are exported to Europe. These roses were from our wedding in Kenya in 2015! Image by Gathoni Howard.

Fresh vegetables and fruits are exported around the world. Image copyright Ayaan Chitty.

The first tea in Kenya was planted in 1903, using seeds from India on a two-acre farm, by a European named Caine. Kenya is now the largest tea producer in Africa and third largest in the world, after China and India. However, in 2020, the price of tea is set at a three-year low, due to declining global demand.

Coffee is a major export for Kenya and the country boasts some of the best coffee in the world. Yet, a relatively small proportion of coffee is processed and sold in Kenya – Kenyan’s traditionally drink ‘mixed tea’ – a sweetened milk-based tea, sometimes with the additions of fragrant spices, known as ‘chai masala.’

Coffee earnings have also significantly declined by around US$ 23.1 million in just eight months to May 2020. This has been attributed to reduced volumes offered for sale and the temporary close of the trading floor at the Nairobi Coffee Exchange, as part of COVID-19 mitigation measures.

The first tea in Kenya was planted in 1903, using seeks from India on a two-acre farm, by a European named Caine. Image copyright Ayaan Chitty.

Kenya has a thriving IT, telecommunications and FinTech industry and has become the leading technology innovation hub within East Africa.

Kenya’s so called Silicon Savannah is highly innovative and technology is an extremely hot new market for Kenya. In recent years, almost 50 technology incubator hubs have sprung up and seed fund development programmes are nurturing young talent. New investors are turning their attention to Kenya (and the wider continent) every month attracted by the skills, vision and the entrepreneurial spirit of Africa. The level of innovation and output from such investments is growing exponentially, with many new technology products and services emerging all the time.

The country has also taken great pride in home grown solutions to local challenges. Innovations such as mPesa (mobile money), a digital mobile banking solution that addressed a critical need in Africa for individuals without bank accounts, to transfer, receive and store money via their mobile phones. Thanks to its convenience, now almost everyone in Kenya uses this service from the very rich to the very poor.

Konza Technology City, a brand new, state of the art ‘smart city’ development, located 60 kilometres south of Nairobi is a flagship Vision 2030 project. Launched in 2013, the project has faced many challenges and is heavily reliant on private sector investment. However, the vision and ambition of Kenya’s 2,000 hectare smart city remains and is still proceeding ahead, despite being well behind schedule.

A short documentary about the progress of Konza City. Video by CHAMS Media.

In recent years, Kenya has benefited from a strong growing economy but it hasn’t been without its challenges. Trade and export has been relatively healthy and tourism, although sensitive to external influences, has also grown. However, poverty, corruption, bureaucracy and political instability are just a few examples of barriers that exist, severely impeding the country’s overall progress towards their Vision 2030 agenda.

Despite optimistic estimates by the World Bank of 6% economic growth at the start of 2020, Kenya has since faced the wrath of COVID-19, along with the rest of the world. The strict containment measures have included grounding all flights in and out of Kenya, dusk-to-dawn curfews, banning public gathering and restricting domestic travel around the country. While these measures have proven to be relatively successful in limiting the cases of COVID-19 (much more than many western nations), it has cut deep from an economic standpoint.

Whilst somewhat speculative, estimates suggest GDP growth may decrease to 1.1% in 2020 (from 5.4% in 2019). However, a rebound to around 4.2% may be achievable in 2021. Kenya has taken measures to try and reignite the economy, including introducing tax cuts and the tourism industry has introduced protocols encouraging establishments to reopen safely. In addition, park fees have been reduced for one year, in efforts to promote tourism (domestic and international) and wildlife film making.

I hope this post has given you some insights into Kenya’s economy and the importance of tourism to the nation. Why not take a look at the other posts in this 4-part mini-series:

Please do let me know your feedback or questions via the comments box below (note: you may need to scroll right to the bottom of the page). I would be very happy to hear from you and will do my best to address any questions you have.

We are also publishing new content regularly, so don’t miss out – you can subscribe using the form below and get notified each time new content is added.

Never miss an update from us!

Sign-up below and we’ll keep you updated of new posts and information about Africa. 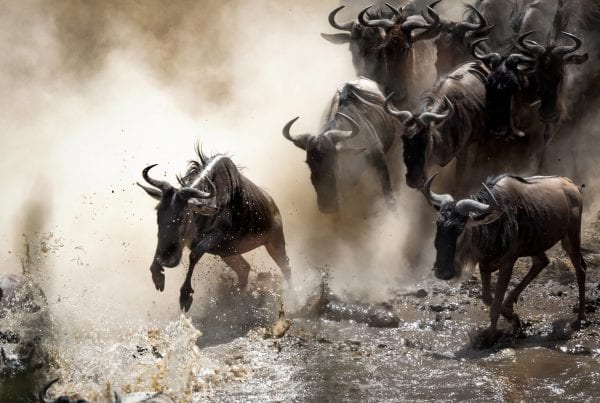 From the Cradle to the Colony: 14 Fascinating Historical Facts about Kenya 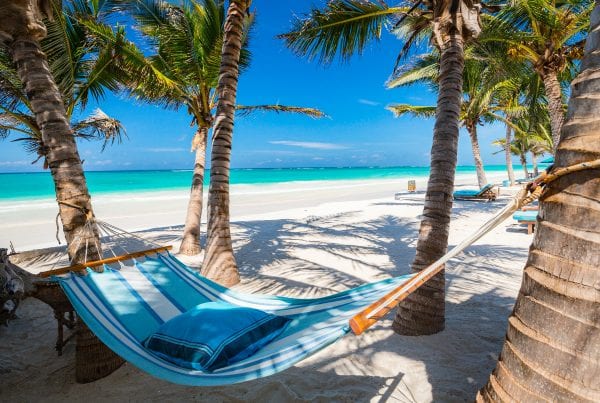 14 Interesting Facts and Insights about Kenya